Interested in seeing the works of past Hampshire Film Students?  Come to the Harold F.Johnson Media Labs Movie Screening!

We will be filming the narrative films made by Hampshire students from throughout the school’s history. This includes several horror films, comedies, dramas, and even a Celtic Action Movie. This would be an amazing opportunity for students interested in making narrative film either for leisure or for their classes/Div 3 to go to in order to meet people or be inspired by the works of past Hampshire students.

The Media Labs is hosting our first screening of videos from the “InTran Archive.” The InTran Archive is a collection of over 700 videos and films created by Hampshire students since the school first opened in 1970.

The archive is named after Hampshire’s former broadcast channel, InTran. (InTran stands for “Information Transmission”). InTran used to broadcast student work on Channel 79 in all dorm lounges and mods, 24/7.

InTran stopped broadcasting several years ago, but you can now see some of these works today in the Media Basement.

Norman
A mini-doc about Norman, who worked at the school’s bookstore for many years. Norman was a beloved “character” of the Hampshire community, as well as a mental math whiz.
(4 min)

Adair
A dark comedy Div III animation by Steve Sues. “Adair” follows a man on a road trip as he stops in Adair, Iowa due to unexpected car troubles.
(10 min) 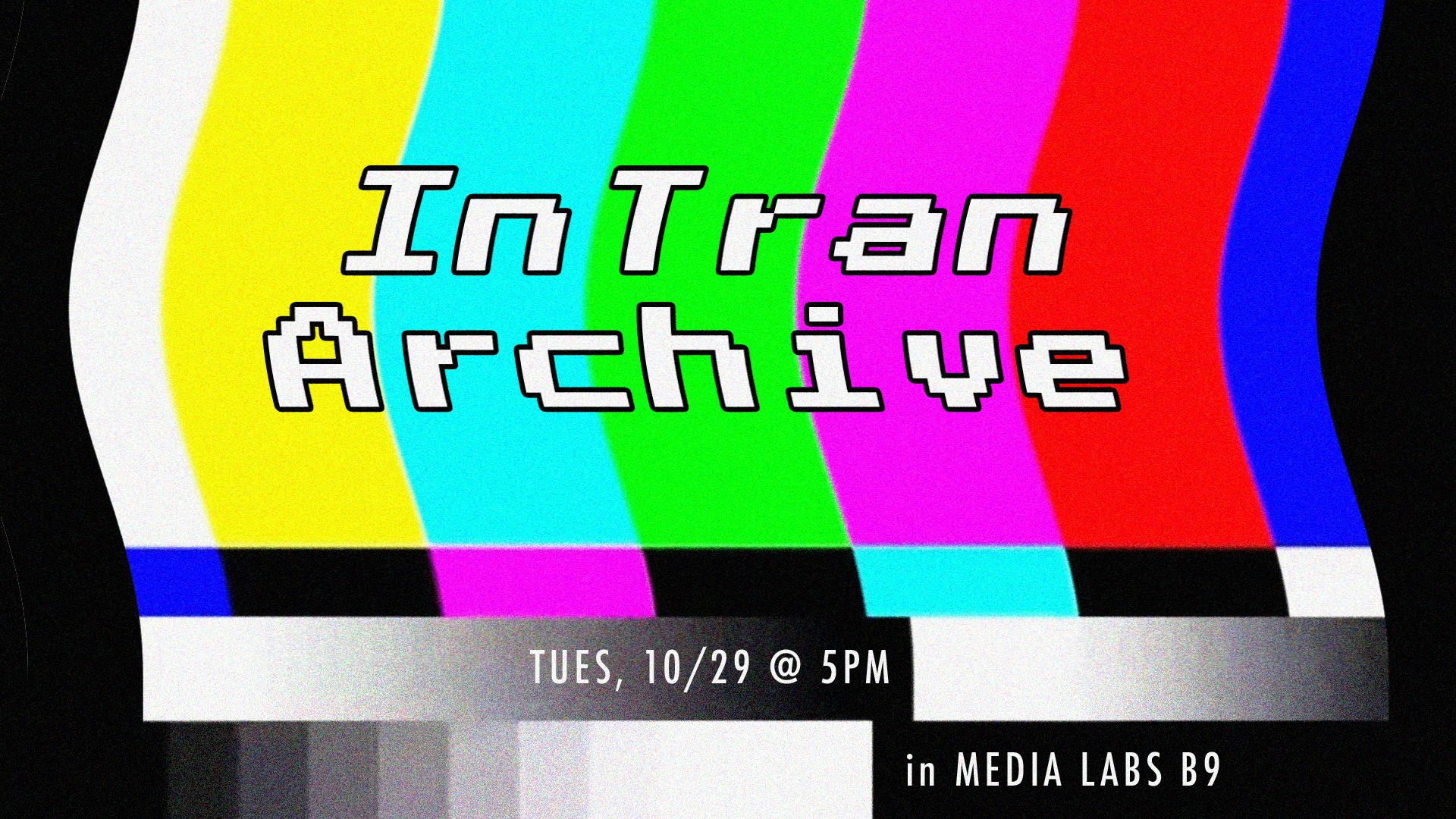