This post is part of the RWKC Revealed series, which serves as a way to remind people how we interact with the built environment, where we spend 90% of our lives1.

Where does the energy that powers our buildings come from?

I’ve spent the last couple years designing lessons that encourage others to question (and answer!) where their water comes from. To my surprise, it’s more difficult to figure out where the energy used in a building comes from. In fact, it’s highly unlikely that there’s just one place your energy comes from, or even one source of energy that is responsible for providing electricity in your home.

I can, however, share how your energy gets to you, if you’re one of the estimated 99.9% of people in the United States connected to the grid1. In the next few posts, we’ll dive into how electricity is generated, moved, and conserved. But let’s start with the basics.

First things first: what is “the grid”?

The grid (A.K.A. the power grid or electrical grid) is the network of infrastructure responsible for generating, transmitting, and distributing electricity to our buildings. The grid consists of power plants (where electricity is generated) and transmission and distribution lines (the “power lines” you’re probably used to seeing), in addition to other components, such as substations, transformers, and other devices that we’ll get into later. Three independently operated major power grids exist in the United States (learn more here), though when someone mentions “the grid,” they could be referring to a smaller scale local or regional grid. 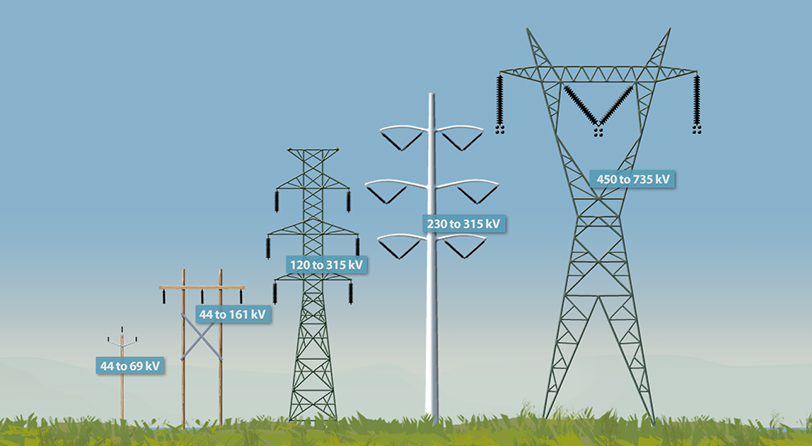 I most often hear the grid discussed in the context of renewable energy, such as solar power or wind power. At the R.W. Kern Center, we are grid-tied or “on-the-grid.” This means that when it’s sunny out and our panels are generating electricity, electricity flows through our building for use, and whatever is left over enters the grid for use elsewhere (likely another building on our campus). On cloudy days, when we’re not generating enough electricity for our building, we pull electricity from the grid. Essentially, we use the grid as a giant battery that stores energy until we need it.

If you’ve heard that the RWKC is “net-zero” or “net-positive” in terms of energy, that means that over the course of a year, we generate more electricity than we use in the building. In other words, although sometimes our building uses electricity from the grid, on an annual basis, we send more electricity to the grid than we take.

Buildings can also have solar or wind power without being grid-tied. For example, off-the-grid homes often have batteries to store the electricity generated by their solar panels so its occupants can use electricity at night when the sun goes down.

Cool, but what is electricity?

Simply put, electricity, or an electric current, is the movement of electrons. Electrons hang out outside the nucleus of an atom. Atoms make up everything around us. Some atoms contain electrons that are tightly bound, while others contain electrons that are loosely bound and likely to share some of their electrons with other atoms. As these atoms are shared, electrons may start to become “free” or jump from one atom to another. This flow of electrons is an electric current.

This explains why certain materials are considered conductors. Conductors, such as metals, have atoms with loosely bonded electrons that are more likely to jump around, while insulators, such as wood, have atoms with strong structures and stable electrons. Power lines are typically made of conductive aluminum and steel cables.

It can be hard to understand electricity because we can’t see it. Electrons are much too small to be detected by the human eye. However, if you could create a visualization of electricity, you would see millions of teeny, tiny electrons running back and forth along a conductive wire. You’d see electrons entering your building, where you could use them to turn on the lights or charge your phone.

Now you know what electricity is, but where does it come from, and how does it get to you?

In the meantime, if you have questions or clarifications, comment below! 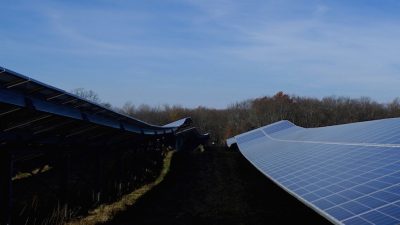 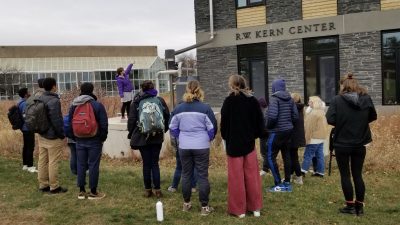