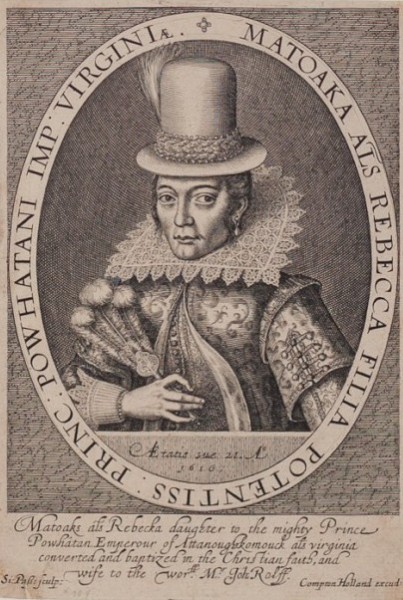 This image, created by the Dutch engraver Simon de Passe, is the only existing portrait of Pocahontas created during her lifetime. It was originally intended to demonstrate that Native Americans could adopt English ideals, and appropriate the demeanor of the “civilized” European. Believed to have been commissioned by the Virginia Company, which was heavily invested in the Jamestown settlement, this was the first of many such depictions of Pocahontas. The inscription describes her as the daughter of an emperor, with the ostrich feather in her hand enforcing this idea as a traditional European symbol of royalty. This depiction of Pocahontas serves as a pristine example of the way that the colonizing gaze has been used to the effect of reconfiguring the identity of the subject it purports to represent.